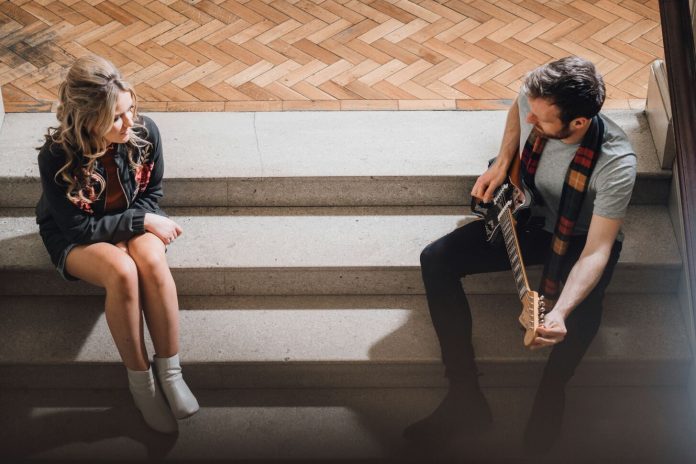 Led by siblings Joe and Helen Hammill, Cattle & Cane are heading out across the UK for an acoustic tour this September. Joe and Helen will be joined by their brother Fran on piano and guitarist Thom Fripp for the stripped-back dates, which include four shows with Jake Isaac as well as, amongst others, intimate gigs in a launderette, a library and a deli:

* with Jake Isaac
^ with The Shires & Badly Drawn Boy

‘Time To Get It Over With’ on Spotify: https://open.spotify.com/track/209FmOgx6IzjX4yTF4exlt

‘Time To Get It Over With’ on Soundcloud: https://soundcloud.com/cattleandcanemusic/time-to-get-it-over-with

Taken from ‘Mirrors’, which was produced by Luuk Cox at ICP Studios in Brussels and mastered by Frank Arkwright at Abbey Road Studios in London, ‘Time To Get It Over With’ was co-written with Gill Landry (ex-Old Crow Medicine Show) after he’d played a gig in Cattle & Cane’s hometown of Middlesbrough last year.

“We loved Gill’s set so much that we invited him back to our practice room after his show!” explains Helen. “We stayed up all night playing music together, sharing tour stories and drinking a lot of English Breakfast Tea, and the result was Time To Get It Over With” added Joe.

2017 has been a pretty exciting year for Cattle & Cane, with Elton John declaring his love for album opener ‘Love On Your Hands‘ on Beats 1 and ‘7 Hours’ picking up numerous radio-plays from long time champion Dermot O’Leary, who previously showcased the band on his ‘Saturday Sessions’ compilation following a live session on BBC Radio 2. ‘7 Hours’ also passed the 1 million streams milestone on Spotify in under 6 months, while ‘Fool For You’ picked up coverage from Sunday Brunch, Made In Chelsea and The Only Way Is Essex. Furthermore, the video was also playlisted by BT TV and earned the band a live session on Vintage TV.

With extensive support from BBC Radio 2, BBC Radio 6 Music and Amazing Radio, Cattle & Cane have been heavily championed by the BBC Introducing team and previously performed on their stages at T In The Park and BBC Radio 2 Live in Hyde Park. They’ve also appeared at acclaimed tastemaker events such as Reeperbahn Festival, Live At Leeds and Evolution Emerging, as well as at some of the UK’s finest boutique festivals including Cornbury, Deer Shed, Twisterella, Stockton Calling and Bingley Music Live.

Before September’s acoustic tour, Cattle & Cane still have some full band festival shows to come this summer and a tour of Germany in October: