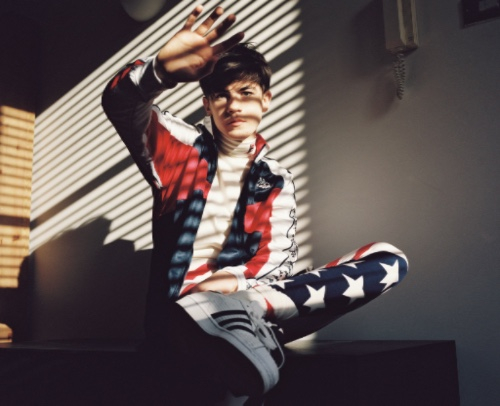 The young Brit will headline ten dates in May, kicking off at Thekla in Bristol on the 15th May, and concluding at Concorde 2 in Brighton on the 30th May. This new run of dates is in addition to the previously announced UK shows in March, and will be preceded by Declan’s first appearances at Coachella in California this April.

Tickets for the May tour go on general sale from Friday 24th February via www.DeclanMckenna.net

Following twelve months of persistent touring across the UK, US, and Europe, Declan and his band’s live shows have soon become spectacles in themselves. As an artist who interacts regularly with his fanbase on social media, the energy and elation in the ever increasing sized rooms when the artist and fans are all brought together, makes for an incredible atmosphere and experience.

in a very short period of time, the recently turned 18 year old has become synonymous with wrapping his fizzing alt-pop songs in smart, engaged lyrical content. It’s been a timely arrival for this young British musician who doesn’t proclaim to have all the answers, but believes it his duty to at least pose a few pertinent questions. Crucially perhaps, none of the activist in Declan comes at the expense of his ear for a melody, and with new single, Kids Don’t Wanna Come Home, Declan has divulged another tantalising taster to his debut album, due for announcement imminently.