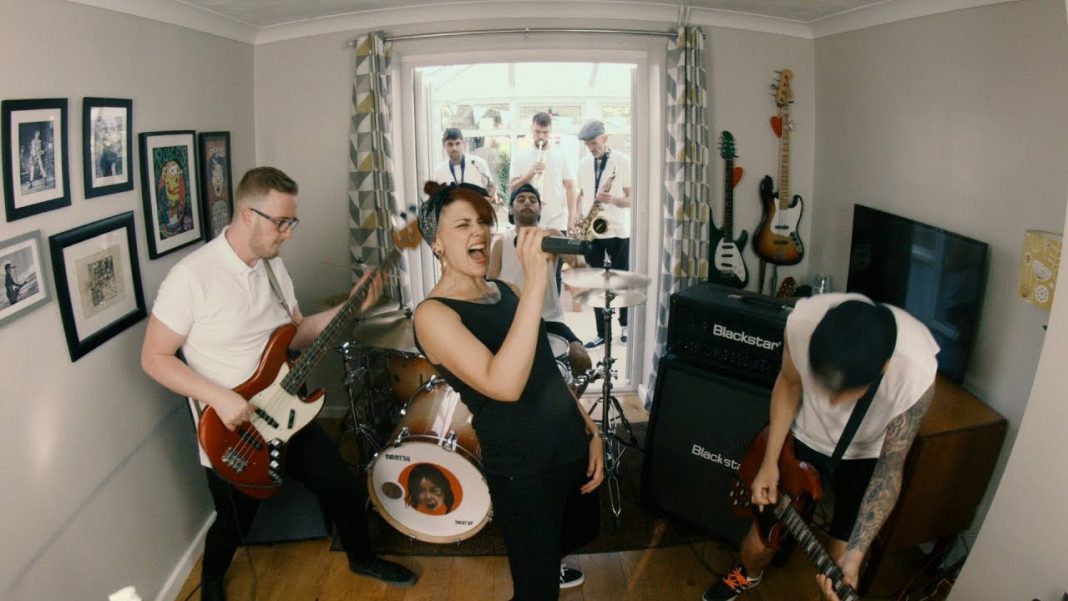 MILLIE MANDERS AND THE SHUTUP have announced details of their SILENT SCREAMS TOUR for April this year. Full dates are below and tickets are on sale now

MILLIE MANDERS AND THE SHUTUP create cross-genre punk that’s increasingly hard to ignore. With lyrics that discuss loss, betrayal, anger, anxiety, heartbreak, bitterness, environmental catastrophe and political unrest, they manage to poke fun, draw you in or leave the listener questioning social norms – a feat that quite literally keeps you on your toes without missing a beat. The band emit a raw punk fusion fronted by Millie’s staggering vocal dexterity, backed by grinding guitars, irresistible horns and a huge amount of pop appeal. The live shows are electric; the songs infectious.

“I love it. It’s refreshing. What a start to my day …” LYNVAL GOLDING | THE SPECIALS
“If you see her name on flyers around the UK, go and check her out. She’s a great artist and one to watch …” MATT STOCKS | METAL HAMMER

With extensive support from BBC Introducing and Radio X and appearances at notable festivals such as Boomtown and Rebellion, the last two years have propelled MILLIE MANDERS AND THE SHUTUP into the conscience of not only the public but also the music industry.

2020 is now set to be a breakthrough year for the band. With a new single and video set to coincide with the SILENT SCREAMS TOUR in April; further singles, videos, tours and a debut album later in the year; festival performances throughout the summer; and, importantly, a conscience that ensures there will be no plastic wrapping on any merchandise or release, and that limited-edition artwork prints and clothing will be sold to raise money for mental health charities, it’s going to be a busy year but a good one.