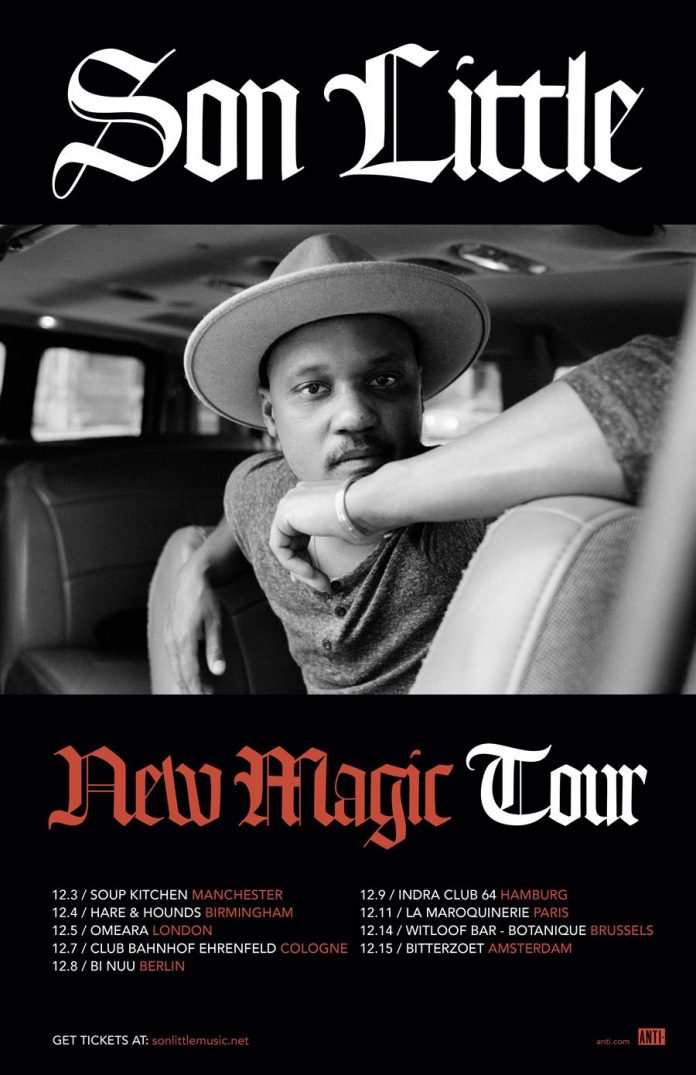 Son Little has just announced an exciting UK and Euro ‘New Magic Tour’. After the release of the brilliant ‘New Magic’ album via Anti, he will be hitting the road this December to perform across the UK and Europe. The tour begins in Manchester and includes a date at London’s Omeara.

Each of the tracks on New Magic’s draw from the diaspora of American blues and soul that includes not only modern R&B, but also rock & roll and hip-hop and transforms them into a singular sound that is propelled by his mesmerizing and soulful vocals and production that artfully balances between rustic immediacy and hip hop cut-and-paste.

Son Little first came to the public’s attention through his collaborations with The Roots and RJD2, and has since toured worldwide with artists as diverse as Mumford & Sons, and Kelis, Shakey Graves and Leon Bridges. In addition he won a Grammy for his work producing Mavis Staples.