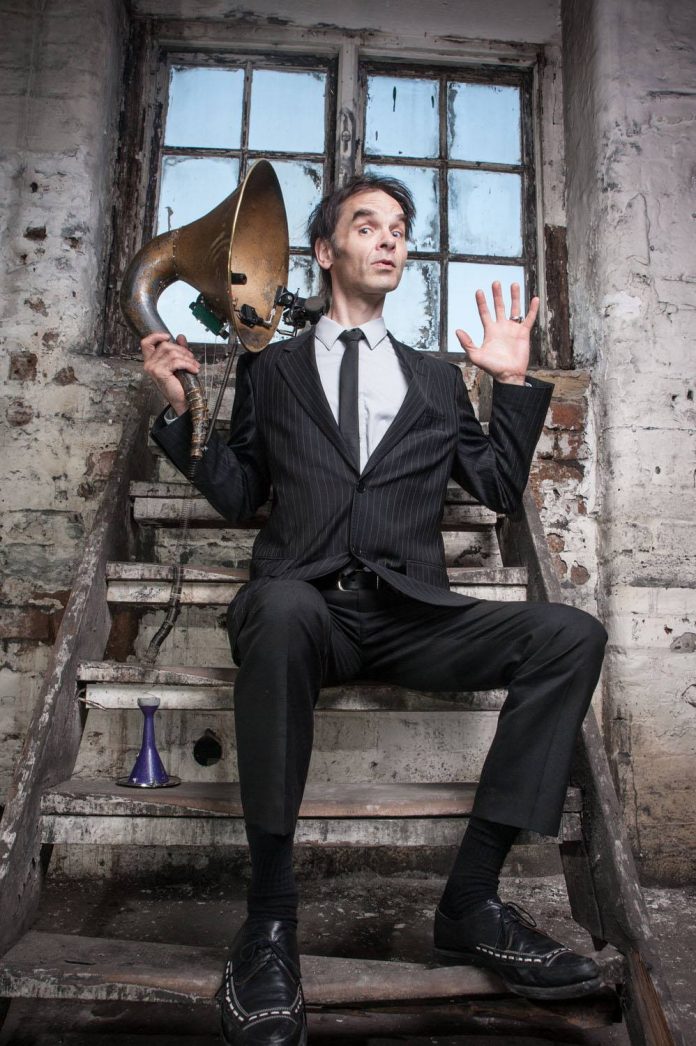 Merging a fevered imagination and solid songwriting with a mad scientist’s brain for weird gadgets, American singer Thomas Truax is a true one-off. Returning with new single ‘Save Me’, a UK tour has been booked to coincide with its release.

Truax has brought in British pop-noir chanteuse Gemma Ray for a warm and poignant duet. The song begins with a pair of down-on-their-luck barflies and ends with a spider who has spun his web in an unfortunate place. It’s the first single from Thomas’s upcoming ninth full-length album. Thomas and Gemma are joined by underground luminaries drummer Brian Viglione (Dresden Dolls, Violent Femmes) and Pete Harvey (Modern Stories, Withered Hand) on strings. (All of the above feature on additional music on Truax’s upcoming album)

Gemma Ray’s album ‘Lights Out Zoltar!’ earned her an Independent Music Award and on its release her album ‘Milk For Your Motors’ was named Mojo Magazine’s ‘Album of the Week’.  More importantly, she often plays guitar with a knife.