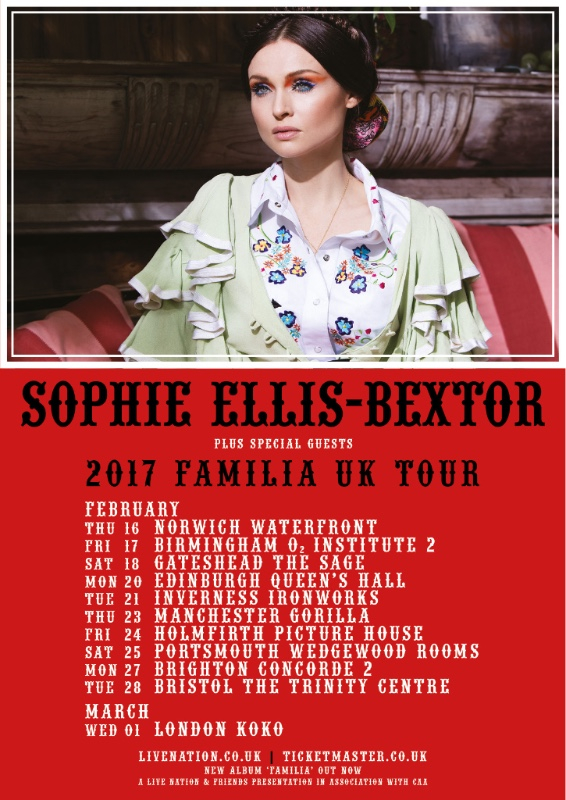 ‘Familia’ is Sophie Ellis-Bextor’s sixth studio album and follows her #4 charting and silver certified album ‘Wanderlust’, which marked a critically acclaimed change in musical direction for Sophie. Following suit with her last record, ‘Familia’ was also co-written, produced and arranged by acclaimed singer-songwriter and good friend Ed Harcourt and was recorded in London with a close-knit group of musician friends.

Discussing her new album as “the bolshier, more extrovert little sister to Wanderlust”, ‘Familia’ was introduced by the Radio 2 A-List track ‘Come With Us’, which is an instant disco-pop anthem. Second single ‘Crystallise’ offers a different glimpse into ‘Familia’ and is a romantic track that opens with a soft tempo before building into an impactful string laden, emotive chorus.

Sophie says; “Everyone has the potential to fall in love and Crystallise is about how easy it is to realise it if you let yourself. The ability to love has been there since the day you were born.”

Tickets are on-sale priced at Regional £20.50 adv / London £23.50 adv (subject to per-ticket charge plus order processing fee) and are available from www.livenation.co.uk