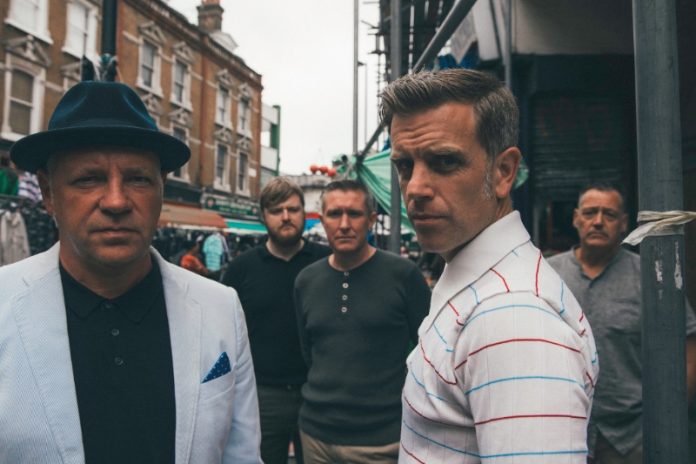 Following on from a phenomenal performance supporting Paul Weller at The Royal Albert Hall, Stone Foundation released their critically acclaimed new studio album ‘Street Rituals’ on 31st March which reached #25 in the UK album charts, #2 in the indie chart & #5 in the vinyl chart – a huge feat and testament to how far the band have progressed over the last few years.

The bands 4th studio album was produced by Paul Weller, who also features on all the tracks (piano, guitar & vocal including lead vocal on ‘Your Balloon Is Rising’). Having been hugely impressed by Stone Foundations previous endeavors, Paul personally contacted the band to propose the idea of working together, initially on one specific track, but having enjoyed the process so much, the resulting ten compositions on ‘Street Rituals’ now all have musical input from Paul. Two songs – ‘The Limit of a Man’ & ‘Colour Of’ – are co-writes with a Jones/Sheasby/Weller credit.

Elsewhere on the album there are stunning contributions from legendary soul singers William Bell, who lends his voice to ‘Strange People’, and the unmistakable tones of Bettye Lavette, providing the lead on ‘Season of Change’. The collaboration between Stone Foundation and these internationally celebrated artists cements the bands incredible reputation as one of the finest British Soul bands in existence.

With an extraordinary history of constant surprises and success against the odds, ‘Street Rituals’ feels like the culmination of years of hard work paying off for Stone Foundation as they continue to develop their unique style of soul on a much broader scale. Subtle horn & string arrangements add glorious swathes of colour and light to a new collection of songs that are unquestionably the groups strongest to date. Co-writers and founding members Neil Jones and Neil Sheasby have consciously delivered thought provoking lyrics that reflect current issues of uncertainty and division, but smartly balance that with a prevailing sense of hope and optimism within their musical delivery.

Stone Foundation will be touring throughout the UK starting in October.