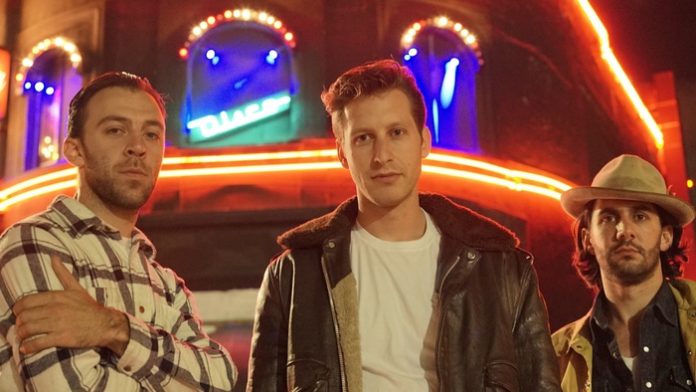 Los Angeles quartet THE AMERICANS are returning to Europe to support St Paul And The Broken Bones on tour.

Supporting energetic US Southern soul rockers St Paul and The Broken Bones as they tour their upcoming album, the UK leg of the tour, kicks off in Leeds on 14th November, and will stop off in Manchester, Glasgow and Nottingham before finishing up at London’s Roundhouse on 19th November.

The Americans released their debut album I’ll Be Yours via Loose last year to critical acclaim. Having started out as a roots band enthralled by pre-war American country and blues, they have evolved into a blistering amalgamation of those influences, injected with a fiery blue collar rock”n”roll attitude, absorbing and reconfiguring the history of American music from Chuck Berry and Tom Waits to Bruce Springsteen. They named themselves after the controversial photo series by Robert Frank, which was first published in 1958 with a foreword by Jack Kerouac. Like Frank’s photos, The Americans’ songs are miniature biographies, intimate and empathic portraits of individuals that leave much unsaid.

In addition to critical acclaim from the press, the record was also championed by key record stores ØC Rough Trade made it one of their Albums Of The Month ØC ”From crooning laments, rich and glorious with sweeping sweet orchestrated lushness to disheveled, bluesy, rocking, frantic party time hoedowns, this album lifts you up and gently drops you down”

The Americans were plucked from obscurity by Jack White, T Bone Burnett and Robert Redford to appear in the recent PBS/BBC4 series American Epic. Featuring artists such as Beck, Elton John, Nas, Willie Nelson, Alabama Shakes and many more, the film reconstructs the story of the first American music in the 1920s and re-assembled the recording apparatus that was used at the time. As experts in early music, The Americans were invited in to figure out the equipment and make the first recordings. Once the sessions were underway, they functioned as the house band, backing up various artists and suggesting songs to the filmmakers. Burnett was quoted as saying; ”The Americans are part of this group, these genius 21st century musicians, that are reinventing American heritage music for this century. And it sounds even better this century.”

The Americans presented their American Music lectures on the pre-war recording era at Liverpool and Edinburgh Universities earlier in the year as well as at the Grammy Museum in Los Angeles, the PBS Annual Meeting in Austin and the Haus der Kulturen der Welt in Berlin. They’ll be bringing the lecture to Berlin, Göttingen and Münster this summer.

They have performed on the Late Show with David Letterman, have backed up Nick Cave, Lucinda Williams, Ashley Monroe and Devendra Banhart, and played the first dance at Reese Witherspoon”s wedding.