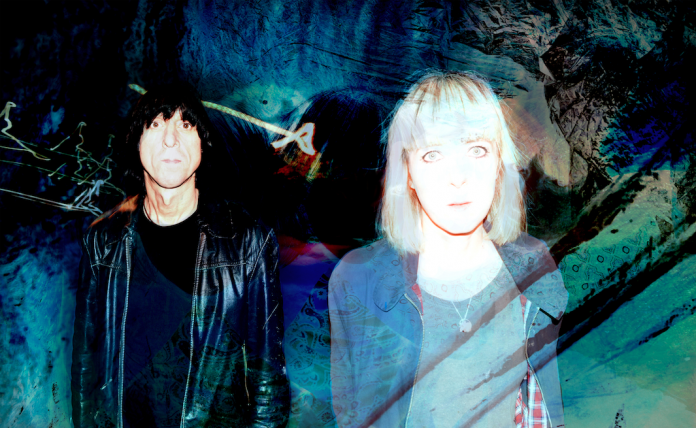 The Lovely Eggs are back on the road in October, bringing their raucous live shows to audiences throughout the UK. This will be their first full-length UK tour in more than a year, after being hauled up in the studio working on a new album with Flaming Lips producer Dave Fridmann.

The DIY duo, comprising of married couple Holly Ross (guitar/vocals) and David Blackwell (drums), have been selling out venues across the country without the help of management, booking agent or record label support. Described by the NME as “one of the country’s most beloved underground bands”, the pair combine punk rock abandon with splatterings of psychedelia, carving out their own very peculiar niche and a growing army of fans.

Their songs are beloved anthems of absurdity, truly unique and set apart from the mainstream music industry. Live, singles such as the fuzzed-out psych of ‘Magic Onion’ and ‘Goofin’ Around (In Lancashire)’ (from their most recent album ‘This Is Our Nowhere’) sit alongside classics such as ‘Don’t Look At Me (I Don’t Like It)’ and their philosophical mantra ‘Fuck It’.

This tour The Lovely Eggs will also be debuting new material from their forthcoming album due for release in early 2018. Titled ‘This Is Eggland’, the album was produced by legendary engineer Dave Fridmann (The Flaming Lips, Mercury Rev), flinging the resolutely DIY Eggs into a whole new world. The result is far more ambitious and raucous than their previous work. The first single from the album ‘I Shouldn’t Have Said That’ will be released in November.