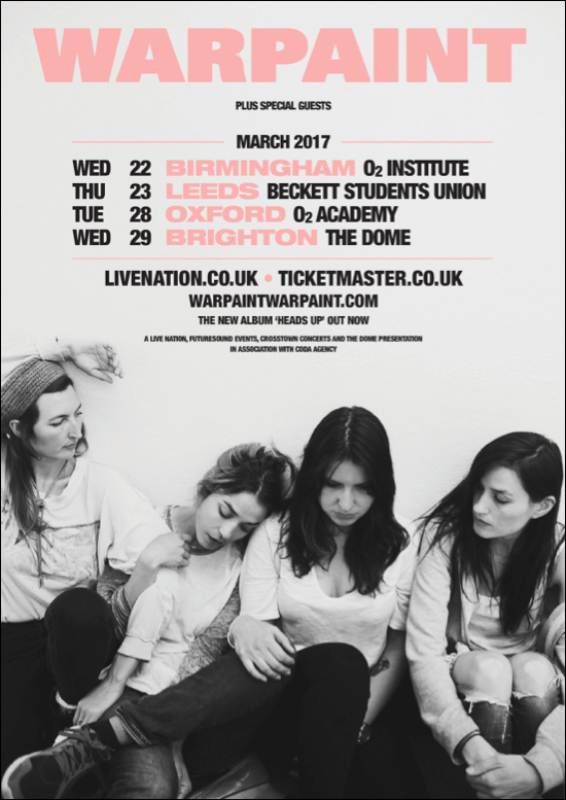 Having recently wrapped up a string of dates across the UK in October including a sold out show at London’s famed Roundhouse, Warpaint are pleased to announce that they will be returning to British shores in March 2017. The newly announced tour will see the LA based four piece continuing support of their third studio album ‘Heads Up’ which was released in September.

Catch Warpaint in March at: