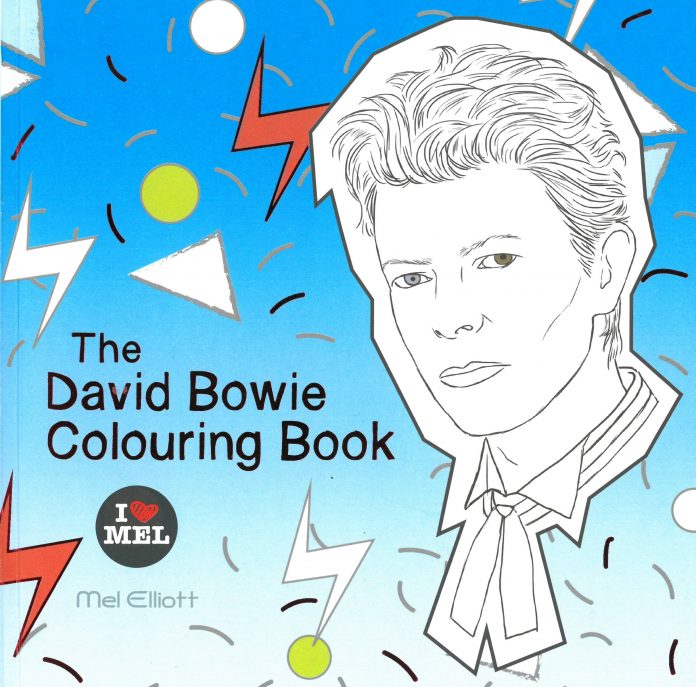 Over recent years, what was once considered a passing trend, has now become a staple of bookstore shelves and giftshops up and down the country. Adult colouring books have been touted as both a stressed buster and a means to reach your inner creative. One of the artists that was credited as helping to kick-start the adult colouring book boom was Barnsley born artist, designer and illustrator Mel Elliott and her much loved brand I Love Mel.

In 2015, The Independent featured her titles amongst the best colouring books for adults and that same year, Business Insider suggested that out of all of the adult colouring book illustrators “perhaps most famous is UK-based artist Mel Elliott, who graduated college in 2007 and began self-publishing grown-up ‘fun books’.”

Indeed, on graduating from the Royal College of Art, Mel began designing fun, printed products such as paper dolls and colouring books under the I Love Mel brand.

She explains, “my work has always been influenced by pop culture, celebrity, fame, glossy magazines and the aesthetic perfection that goes hand in hand with all that stuff. The colouring books and paper dolls were developed when I realised that the things we enjoyed doing as young children, such as cutting out and colouring in, would still be enjoyed by adults, if only the activity books had ‘grown up’ with us.”

Elliott’s book, Colour Me Good: Ryan Gosling, went viral at the height of the actor’s “Hey Girl” meme-phase and always on-trend, she has since published pop culture-inspired colouring books dedicated to Eddie Redmayne, Benedict Cumberbatch, Taylor Swift, iconic album covers, redheaded male celebrities, and ‘girl crushes’. Perhaps her most popular title is The David Bowie Colouring Book, which in the last year has been picked up and republished by Quercus Books.

…Vs David Bowie is an exhibition that deconstructs exactly what a colouring book is. Here, a long roll-call of local artists of varying disciplines, decorate, ink, collage, embroider and digitally manipulate their way through the pages of The David Bowie Colouring Book, while at the same time paying homage to one of the greatest icons of Music, Fashion and Pop Culture and the colourful career that he had.

Exhibition curator Jason White said, “I am so pleased to be able to pay homage to the wonderful David Bowie and in doing so, championing so many brilliant artists from our area; many of which have neither exhibited in the last two years or not at all.”

This exhibition was possible only with the kind permission of Mel Elliott and Quercus Books, and the support of Barnsley’s Vinyl Underground Records.

…Vs David Bowie opens on The Panorama at The Civic on 11 February and closed 8 April 2017.