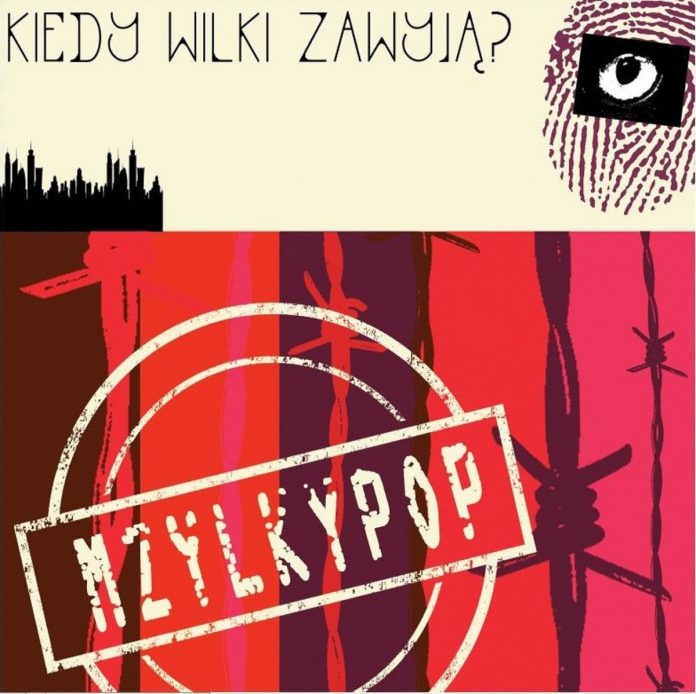 Mzylkypop is the brainchild of Mick Somerset Ward, formerly of ClockDVA and Floy Joy, collaborator with Was (Not Was) in Detroit and half of Crooked Man (along with DJ Parrot). Other main members of the band include Sylwia Anna Drwal (of Sheffield band Mother of Crows) and Simon Lewinski. There are contributions on the LP by many other musicians, notably Charlie Collins (ClockDVA, The Box), Jarrod Gosling (I Monster, Cobalt Chapel) and Matthew Bourne.

In 2018 Mick said “I began writing this album three years ago. Pre Referendum UKIP were at their strongest and the EDL had just marched in the area Sylwia had made home. After volunteering as a driver for Sheffield Hunt Saboteurs in the badger cull and attending a talk by George Monbiot my concept was in place. I would create a dystopian vision of England set in 2030.”

This album was originally made available as digital download only, in October 2017 –  Do It Thissen Records issued it as a limited edition lathe cut album (edition of 25). These records sold out immediately by word of mouth.

The album has been reissued and is available as a digital download or as a limited edition red vinyl 12″ LP with gatefold sleeve.

The album is available via Do It Thissen Records’ Bandcamp page: https://doitthissenrecords.bandcamp.com

More information about the album

Musicians on the album are: