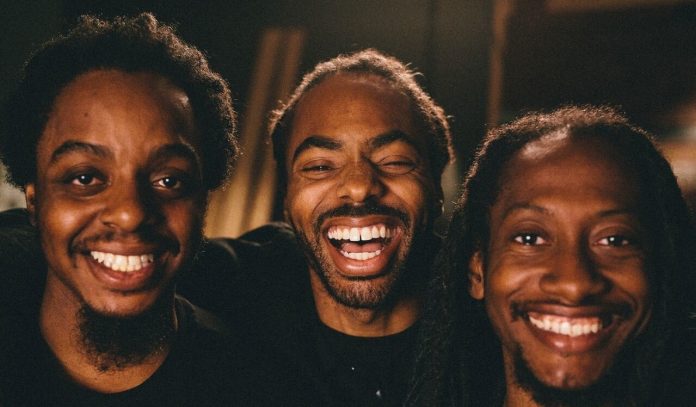 This marks the band’s fourth studio album and follows their 2015 breakthrough release ‘Kingston City’ (on Easy Star). The album is available for pre-order now and comes with an instant download of the first single.

The opening title track “Come From Far,” as premiered by Mass Appeal, is available for free download via the band’s website and encompasses the band’s live energy as New Kingston’s soulful vocals speak about the band’s journey – where they come from, where they’re at, and where they’re going. Guitarist/vocalist Stephen elaborates:

“Everyone has a journey they are on or one that has ended. It all starts somewhere and we are no different. We have ‘come from far’ but ‘look how far we haffi go’.”

New Kingston’s journey formally began in 2006, when three brothers – Tahir (keys/vocals), Courtney Jr. (drums/vocals), and Stephen – debuted as a band, following years of learning to play music together in their family basement. This band of brothers, under the watchful eye of their father (and bassist) Courtney Panton Sr., dubbed themselves New Kingston, to appropriately reflect the combination of their Jamaican heritage and their present lives in New York City. The fusion of these two identities, both their cultural roots and their current home, guides their musical and stylistic direction.

‘A Kingston Story: Come From Far’ takes the theme of the first single and stretches the concept across an entire record, and the result is the band’s most personal work to date.

More news on the album will be released soon by the band, including a reveal of the album cover, more songs, and details of the pre-order, as the August 25th release date approaches.