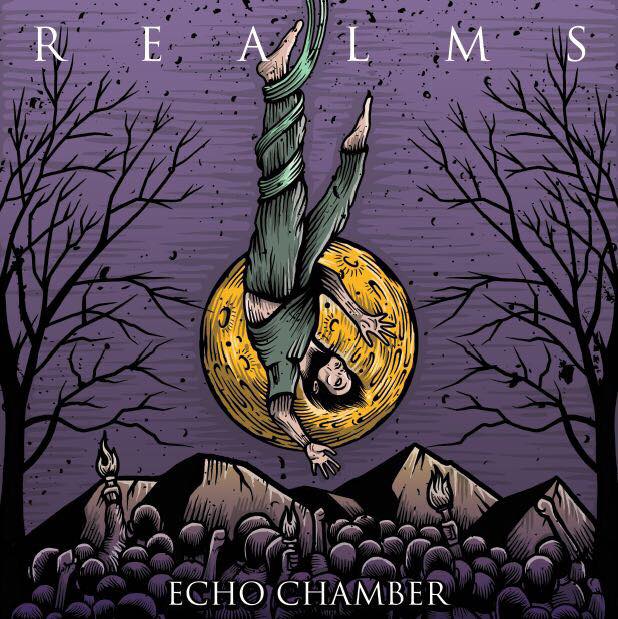 This is the second band I’ve reviewed who class themselves as post-hardcore and I struggled to define quite what it is in my first review. This time round I asked Matt from Realms to come up with a snappy definition. He told me that ‘Post hardcore is a genre which has roots in the hardcore/metal scene but has expanded to incorporate influences from other genres such as emo or pop punk. It has a more melodic sound than hardcore and is often less straightforward in sound, technicality and song writing while still maintaining the aggression’. This is way better than anything I could come up with, thanks Matt.

So now we all know what we are dealing with here, now onto the EP. The opening track ‘Hung. Drawn. Quartered.’ is one that I needed to go back to listen to again to fully appreciate. There’s nothing wrong with that, I like music you have to make an effort with. It’s more hardcore, at least to my ears, than the other three tracks, and it’s slower. The thing that got me hooked on this track – apart from the grindy guitar start to the track – is the mix of vocal styles. There’s this great section at the end when the hardcore vocals and more ‘normal’ vocals (look I can’t think of any other way to describe this) are layered over each other. Lovely stuff.

So I thought I had the Realms’ style pegged but no ‘Wallflower’ opens with a delicate guitar and keyboard. OK so it soon shifts up a gear but it really works. So it has those hardcore vocals mixed in but this track has a tune you can hum, it’s incredibly well put together. If you’re new to post-hardcore you might find the shifts from alt-rock sections to hardcore sections a little disconcerting but take my word for it, it really does work.

‘Painted Demons’ is heavier, it has more hardcore elements. The shifts are less obvious. The guitars on this are fab. There is a stinger in the tail with this track – a short atmospheric guitar section that shouldn’t work but it does, it’s clever.

My favourite track ‘Zealot’ closes the EP. I can’t really say why it’s my favourite it just is. It might the ‘open your eyes’ line, it might be that it’s really heavy, it might be that I really like the guitar, or the way the guitar goes all distant at one point, it might even be the ‘shhh’ sound towards the end or all of those. I can say I listened to this on repeat way too many times.

One thing I really have to mention is the production on this EP, it’s incredibly well put together. Every instrument is really clear, but it doesn’t lose any of the aggression or rawness. And there are some really nice touches – guitars panning and little effects – that just provide the icing on the cake.

So do I like ‘Echo Chamber’ yes I do I love it. This is a set of really well played tracks with top-notch production. If like me you’re new to post-hardcore this is a really great introduction to it, a great way in. As I said right at the top this is a very fine thing. 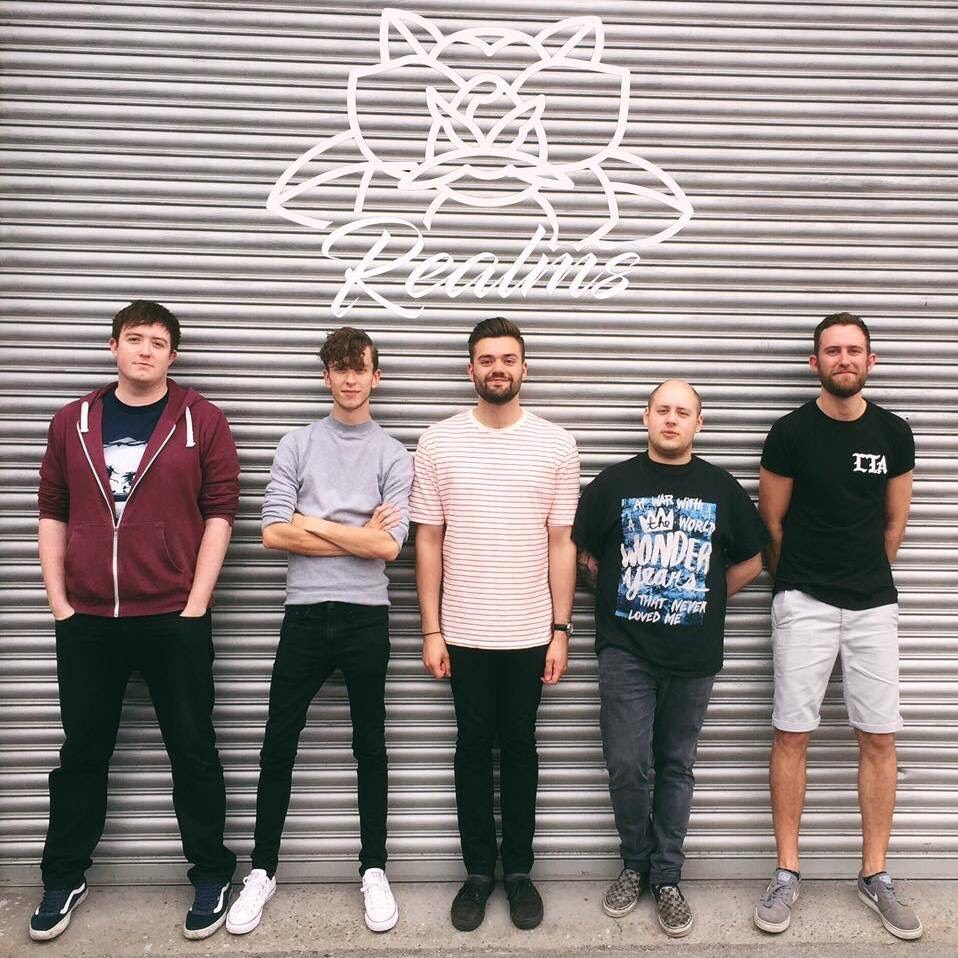 Realms are a five piece post hardcore band from Doncaster. Formed in early 2015, Realms take influence from bands such as Funeral for a Friend, Underoath and Killswitch Engage as they attempt to blend both melodic and heavy elements into their sound.

Realms will be playing Metal 2 The Masses at Cafe Indie, Scunthorpe – Heat to be confirmed