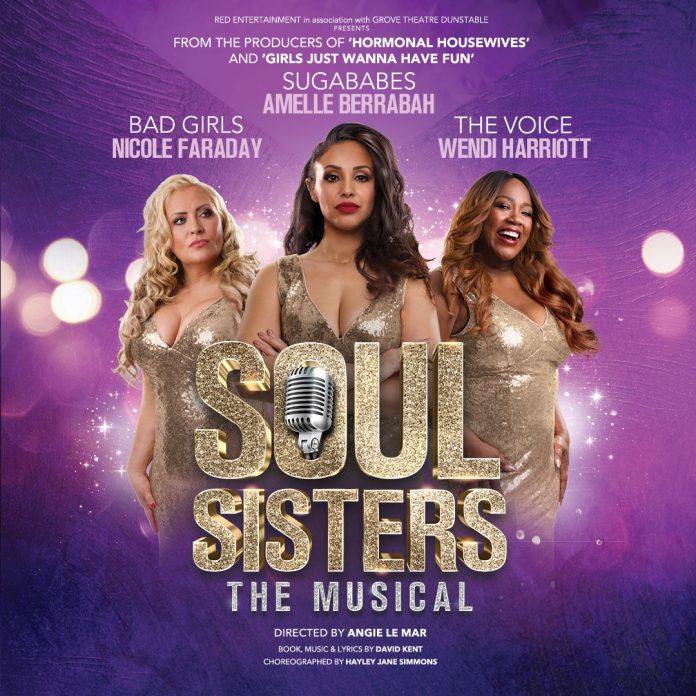 The Victoria Theatre Halifax is set to host the world premiere tour of Soul Sisters The Musical on Sunday 1 May, the only venue on the tour in West Yorkshire.

Soul Sisters is packed with heart and soul and will take you on a journey of success, survival and sisterhood. Starring Amelle Berrabah (Sugababes), Nicole Faraday (Bad Girls) and Wendi Harriott (The Voice) as Dionne, Monique and Rachael otherwise known as 80s chart topping trio ‘The Fabulettes’

Join the three friends during a visit to a classic holiday camp Soul Weekender, as they seek to reclaim that elusive closeness they once shared as starry-eyed teens. They face the real, honest truths and express themselves in the only way they know how – through the very music that brought them together and took them to the top of the charts. Can they pull off a performance of a lifetime? Do they still have what it takes? Is their bond strong enough to overcome their flaws? Can they forgive and forget and remain Soul Sisters?

Leading the cast is ex Sugababe Amelle Berrabah, who during her time in the line-up for the much-loved girl band scored international chart success with Push The Button and About You Now. The Sugababes gained multiple BRIT Award nominations and industry recognition as one of the UK’s leading female vocal groups. When asked about joining the original cast of Soul Sisters she said “When I read the script, I knew I wanted to be in this amazing show instantly. I understand the dynamics of being in a girl band, the unspoken bond, the friendship, the respect for one another and knowing what the other is feeling with just a simple look. The character I play is Dionne, a flirtatious, confident woman. Although she is quite far away from who I am as a person, it’s a very exciting role to play”

Also joining the cast is Bad Girls and Emmerdale star Nicole Faraday who has previously toured in the UK as Eva Cassidy in the critically acclaimed Eva Cassidy Story who said “As a former cast member of both Bad Girls and Bad Girls the Musical, I am very used to working with an all female cast, and delighted to be a part of this new exploration of the ‘sisterhood’ and the close bond that friendship amongst women brings. The music is amazing, the storyline crackles along with twists and turns and the girls are fabulous. I am uber excited to tour this show and give the audience a moving, fun and musical night out!!”

Completing the trio is Wendi Harriott who came to the public’s attention with her powerhouse vocals on ITV’s The Voice and has worked alongside some of the biggest names in the music industry including Rod Stewart and Jennifer Hudson.

Tickets for Soul Sisters The Musical are available from £25.75 from www.victoriatheatre.co.uk, or by calling the Box Office on 01422 351158