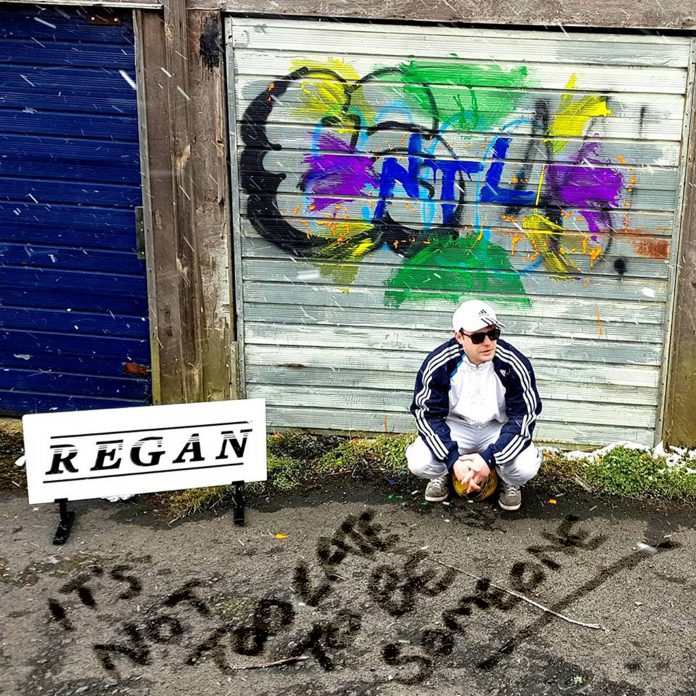 This the third single from Regan I’ve reviewed – the previous two being ‘Four Fingers’ and ‘Broken Promises’ – and they just keep on getting better.

Let’s say right from the start this thing rocks, it rocks hard. It has guitar in spades and it pounds its way into your head. And yet – in that Regan way – it has a tune people, a tune you can hum, a tune that you’ll find getting into your brain, and it just won’t go away.

The thing about Regan is that somehow they manage to meld together alt-rock, heavy rock and frankly old style NWOBHM sounds into something all of their own. The guitar is all sort of old style metal, the song structure is all sort of alt-rock, the way the vocals go is distinctly alt-rock but strangely metal in places and it has this heavy rock tune thing going on. It sounds like it shouldn’t work but it does. So given your inclination, you could mosh or dance to this, it’s simply very very clever. But ignore the cleverness of it all and just revel in the guitar, the drumming – which is as usual great, the noise of it, those guitars – those growling, riffing, screaming guitars, and just fucking rock out people. Live this is going to be killer.

Regan do it again, it’s as simple as that.

The single is available on all online platforms.