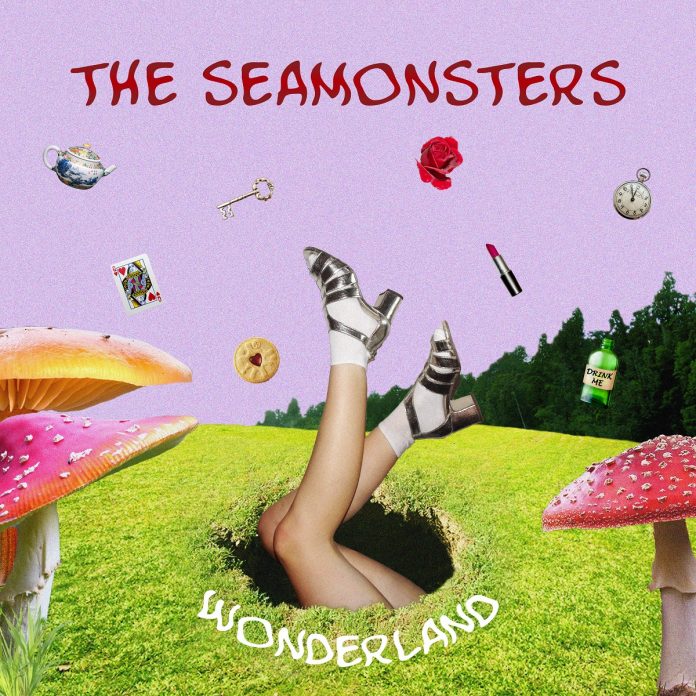 I’ve been sitting on this for a while now, and it’s become a real fav up here in LSF towers.

Starts off a bit punky, a bit indie, a little bit poppy. And then it’s all jangly guitar and off-kilter drum rhythms, with those vocals that sort of sound like they don’t fit but do fit, they fit really well. And it’s bouncy, it’s going to bring a smile to your face.

And then there’s what happens about two minutes into the track, it builds and then it’s just vocals and guitar, and then it builds again. Only it’s more raw than before. This is the thing that makes the track for me. It already had me, but this sealed the deal.

OK so for those of you that fell for ‘Lost (And Found)’ this is a slightly different side of The Seamonsters. It’s rawer, more – dare I say it – rocky. It doesn’t have keyboards (I’ve listened lots but can’t hear any, I may be wrong) but it still has that trademark Seamonsters’ glitter – it’s in that bit two minutes in, in Naomi’s vocals, it’s in those layers of sound you can hear if you listen carefully.

Actually do listen carefully because there’s a hell of lot going on in this. It may sound loose but that sound comes from lots of things all working together fabulously.

And yes, I’ve got to admit that this took me back to the jangly guitar bands of the 80s – it’s got that sound – BUT The Seamonsters bring their own thing, so it’s bang up to date as well.

Favourite things – that guitar riff that runs through the track, Naomi’s vocal phrasing early on, the backing vocals and let’s not forget the drumming, it’s holding it all together.

Get it, and get a smile on your face. This is great.

Our band feature on the Seamonsters