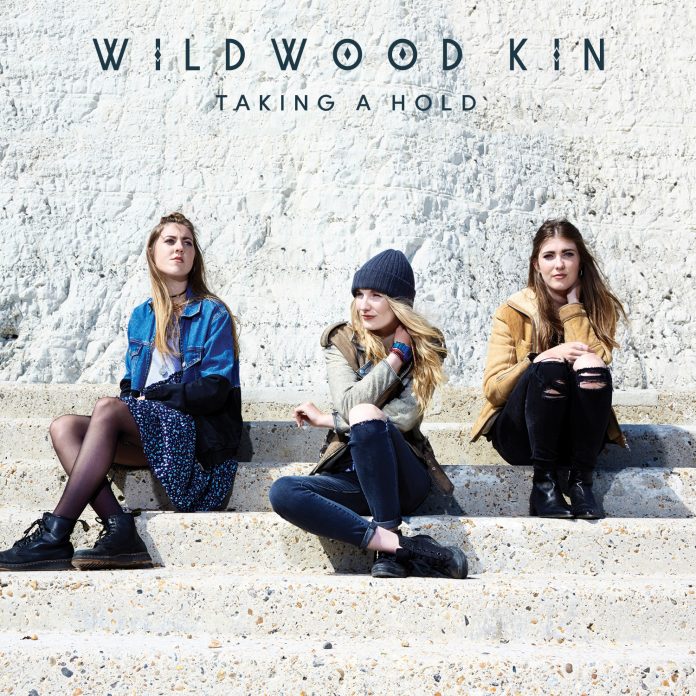 A live favourite and the second to be taken from the album, ‘Taking A Hold’ exhibits the girls’ gorgeous harmonies and infectious guitar lines throughout. Opening with haunting vocals, the epic track builds to a crushing drum led climax.

Watch the band play the track live at this year’s Glastonbury
https://www.bbc.co.uk/events/ec584f/play/p056f6ty/p056w2d3

Wildwood Kin, a family trio formed in Exeter, borrow heavily from early folk influences, but their extraordinary debut album delves deeply in to other genres, featuring both electric and acoustic instruments. It boasts inventive sonics and spectral atmospherics alongside their sublime three-part harmonies.

Guitarist Emillie Key, her bouzouki/keyboard-playing sister Beth and their drumming cousin Meghann Loney all sing, swapping leads on original songs, and joining forces on harmonies that have become their trademark, inviting comparisons with the likes of Haim, Crosby, Stills and Nash and Fleetwood Mac.

Being tipped by the likes of Jo Whiley, Mark Radcliffe, Steve Wright, Bob Harris and Jamie Cullum and having previously toured with Seth Lakeman and Ward Thomas, the band are set for a UK headline tour this autumn. Before that the girls will play a slot at BBC Radio 2’s ‘Festival in A Day’ in Hyde Park on September 10th.