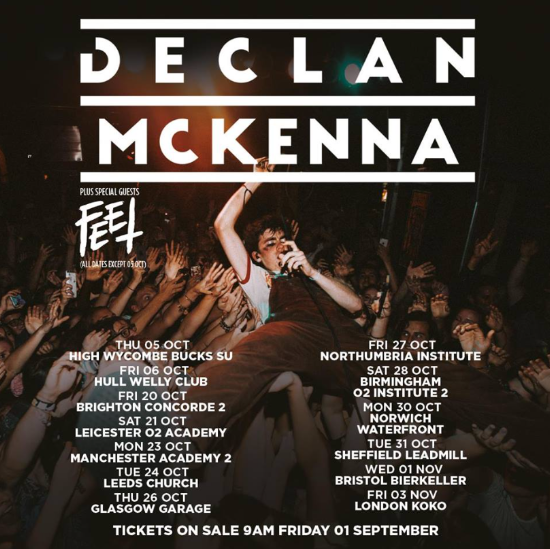 The new live dates follow the recent release of Declan’s critically acclaimed debut album, ‘What Do You Think About The Car?’ and his performances at the Reading & Leeds Festivals over the weekend.

The tour will mark a meteoric twelve months for the eighteen-year-old Brit who has toured the world relentlessly with his melody-heavy indie pop songs, each fizzing with those insatiable guitar hooks and Declan’s socially conscious lyrical nous.

The thirteen-date run will kick off with a hometown show in High Wycombe on the 5th October, and concludes on the 3rd November at London’s Koko, interspersed with another spate of dates across Europe.

Tickets for the UK tour go on general sale from Friday 1st September via www.declanmckenna.net