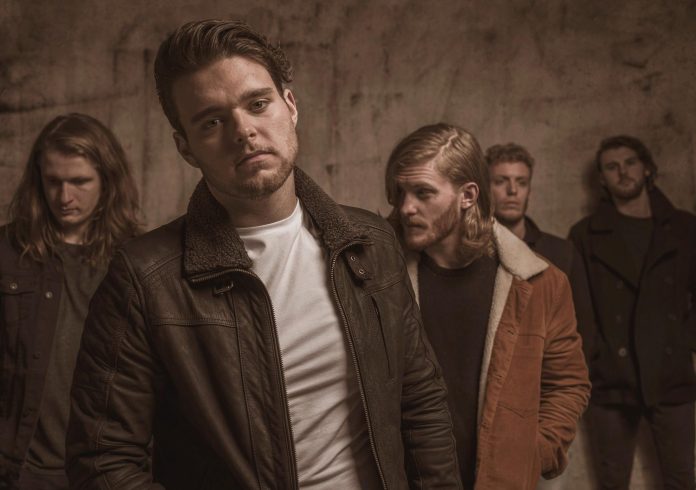 I met and interviewed Bare Knuckle Parade at the Whiskey Jar, ahead of their performance at a very high quality open-mic. night in the heart of Manchester’s happening Northern Quarter.

They were a friendly and communicative bunch who, although knackered from a long drive up from the south, through the worst that the M60 and its feeder routes had to offer, on account of the fact that City were playing Real Madrid that night, were clearly up for a night showcasing their wares to a northern audience.

They formed as a unit approximately three years ago, after a drunken night in the pub. They were all members of various bands playing on the Bath scene and conversation turned to what type of music they all enjoyed playing and what sort of band they’d all like to be in. It turned out that the cadre they had to hand that night all shared similar tastes and desires and they were all up for getting together and giving it a go. Luckily, they actually carried through on this drunken discussion, unlike most of the late-night revolutionaries that I seem to hang about with, where we have the answer there in our hands, but one hangover later it’s just dust in the wind.

Bare Knuckle Parade comprise Jamie Beale, Tom Cory, Callum Moloney, Ben Lythe and Huey Smith. They’re all now resident in Bath and three of them are South-West lads, one hailing from The Midlands and another from Devon. Their songwriting is collaborative but usually stems from an idea and musical meme developed by one member, often Jamie. Songs start as a stripped down ‘unplugged’ type affair and are repeatedly jammed in the rehearsal stage with each member adding their input, cross-fertilising ideas and tropes and slowly building the song and its arrangements until the end result is largely unrecognisable from the original idea.

Things that start out sounding like an early ’60s Bob Dylan rehearsal can morph into much rockier, much faster and gutsy songs through an organic process that occurs during both rehearsal and gigs. They believe that it’s this way of doing things that has shaped their live output and given their live gigs the reputation they have for high-tempo, high-energy affairs.

Things moved very quickly for them once they began to work together. The initial couple of practices were just about getting together and making some noise and then they found themselves playing a couple of small local gigs and performing at a Welsh festival. By the time of their third formal gig in their hometown, they found themselves playing to a highly supportive sell-out crowd. They were surprised at how quickly they’d managed to garner such a following, but soon came to enjoy the devotion and intensity of their followers as they ramped up the tempo and energy of their gigs.

They’re not a band that take themselves too seriously, which they think is why they’re still fairly harmonious when they’re together as people, there having been little friction between them as they’re travelling and touring, an exercise that they are still finding enjoyable and revitalising as they build their presence and reputation up and down the country. That’s not to say that it’s all sweetness and light, and like any group of young men trapped together for hours on end in a touring van, there is the odd crossed-word. The last major contretemps came from a disagreement on whether or not it was acceptable to listen to ‘Tip-toe through the tulips’ for the twentieth time, a song on their van mixtape which has its supporters, and its detractors, as one would imagine.

Their very distinctive moniker comes from their shared interest in music of a Celtic derivation, and the fact that one of their number, Callum, comes from an Irish Travelling background. The tradition of bare knuckle fighting to settle disagreements and family feuds within this community was the germ of the idea that led to the band name. It suits their style of music, is inventive and distinctive, and makes you want to know more. They like its feistiness, reflecting their style of playing and approach to live gigs.

They’ve recently recorded an album, now mixed down and in the can, which they’ll be releasing on their own label, ‘Dirty 38’, towards the end of this year. Their popular single
‘Diamond Eyes’ was released in March of this year, and is on the album. Their immediate plans after this are touring in Europe, particularly The Netherlands, France and Germany and they hope to tour in The States after the release of the album, to try and promote their wares transatlantically, probably in early 2017.

They anticipate that their sound will develop and grow from their current indie folk-rock groove, and have already noticed a change in emphasis and construction of their songs. When not touring, they rehearse and write together as much as possible, whilst resting from their hectic schedules, and have already seen a move away from Celtic influences towards a much heavier, rock-inspired sound, and even some more experimental sounding stuff that they’re earmarking for the album after the next one. It doesn’t sound as if they want to rest on the laurels of their early success and popularity and keep churning out the same old, which should stand them in good stead if they wish to keep building on what they’ve achieved so far.

When asked about their collective and personal influences, it’s clear that they’re wide-ranging and eclectic. For songwriting purposes they focus on songwriters and performers that deliver good melody, whilst not adopting their sound or style. Phil Collins was one melodic inspirer that they flagged up. How times have changed. In my day, no self-respecting indie-associated kid would even admit to having ever listened to him, never mind to liking any of his output. I pointed this out in a humorous fashion, and they took it in good heart. Who am I to say who should inspire the youth of today! And I suppose if you’ve got to hand one thing to old Phil it’s his ability to knock up a good, popular tune that makes it into the charts.

They’ve chosen to release on their own label as it gives them more control over their output, and that’s pretty much the way things are going nowadays in the industry, as belt-tightening by the majors leads to fewer and fewer bands being signed as a long-term proposition. It’s refreshing in a way, very much like the early indie days, driven by necessity as it was then, and hopefully it will reveal more and more fresh talent that plough their own furrows as this gang have. Their early output and singles were produced in-house by Tom, but for the album they brought in an external producer to oversee things, namely Peter Marnes, working from a studio called Middle Farm in Devon. They’ve found him a joy to work with, feeling that he has a very organic approach, standing back from the process and allowing them to develop their sound as a true reflection of their natural state as musicians, rather than imposing and designing a different sound for them.