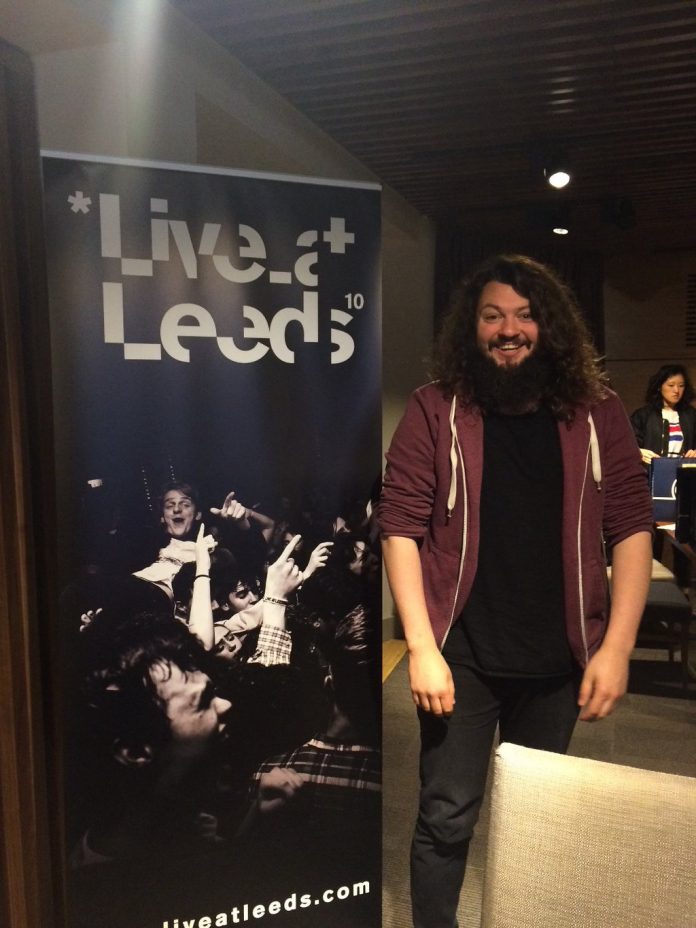 London born John Joseph Brill moved up north a few years ago and brought a refreshingly honest approach to music with him. With nothing but a desire to make music, powerful vocals and his own life experiences Brill has created timeless tunes that could warm the coldest of hearts. After playing Leeds Fringe in 2015 he has returned with the same passion and a complete band to add yet more compelling music to the Live at Leeds Festival Line up.

LSF: Your lyrics reflect experiences a lot of people can relate to, do you base your music on your own life experience?
John Joseph Brill: Almost entirely. Everything is pretty much autobiographical to the point of being lazy.

LSF: Why did you take this approach?
JJB: I used to play in bands and I’ve always written music. I guess I tired of fluffy metaphors and I’ve always liked conversational writers. No matter how abstract or obscure it is, by being completely honest about experiences you make it more relatable. Even if it’s something someone hasn’t experienced they begin to trust in that honesty and trust in you as a storyteller and therefore find you relatable. It’s my favourite way to write by miles.

LSF: You were previously in a rock band, is it more difficult gaining a fan basis with this new personal approach to music?
JJB: Adamantly no, this has been a phenomenal journey so far. Since starting this solo project and just doing what I wanted to do it’s been just a really lovely gentle upward trajectory the whole time, it’s been a lot easier in fact. The first plus point is that we have fans now, we didn’t have those before. When you’re being honest and writing the way you want to people can tell and they buy into that, if you’re faking it people know.

LSF: How do you find playing up here in the north compared to down south?
JJB: I’ve not really noticed too much of a difference. I moved from London to Liverpool a few years ago and at first I was anxious I’d come across as some Southerner barging in on an already established scene but it was incredibly welcoming from the start. I felt very much at home from the moment I moved up. Europe is very different however, audiences are bizarrely respectful, like silent through the whole show. I think talking and socialising is all part of the gig experience in England though, gigs are noisy places and it was always a part of my experience growing up.

LSF: What makes you want to make music?
JJB: An unhealthy amount of ego. The desire to be liked on mass. The fact that I’m not really any good at anything else. Realistically I always wanted to be a song writer, I know myself best when I’m trying to express myself honestly through music. Frankly if I can get away with doing this for a living then I’m get away with some sort of crime because it’s the most fun job in the world. My motivation has always been artistic but it’s also a lot of fun.

LSF: Who’re you excited to be seeing at Live at Leeds?
JJB: There’s an act called Ceramic who’s fantastic, very different to what I do but very very good. I’m really keen to see Ghostpoet, that’ll be good. And I kind of want to see We Are Scientists because I’ve listened to them since I was a teenager. I’ll be wandering around, any excuse to go to a gig.