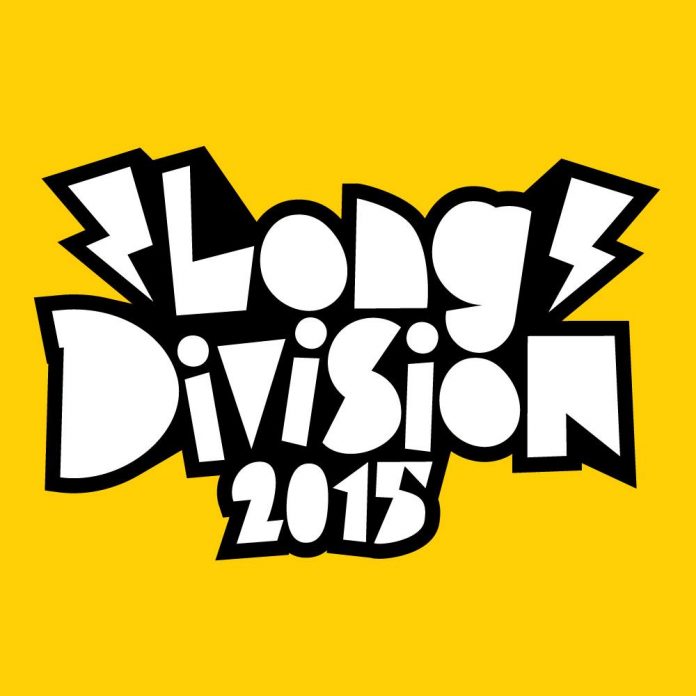 How did Long Division emerge from the Rhubarb Bomb fanzine?

The zine had been going for about three years and its general purpose was to promote Wakefield Music in a roundabout kind of way. It emerged because no magazines or blogs were covering Wakefield – ever. So we thought, if the stuff that’s going on really is that good, why isn’t there a music festival that shows it off? So we started it ourselves.

What’s the aim of LD?

The aim of the festival is to draw people to Wakefield, so they take notice of its great bands, culture, venues and atmosphere. It’s also to try and instil a wider scope for our bands and artists and businesses. To make them aware there is a world outside Wakefield – and if they get themselves together they can do more than make great music in their own city that no-one ever hears. We’re trying to import the music industry into the city.

What have been highlights of previous festivals?

The highlights for me are always the smaller stuff. Seeing people walk around the city with their wristband and t-shirts on. And seeing taxi driver and nightclubs bouncers looking confused that it’s so busy, and people are being nice to one another.

But then there are some of the acts – like Aidan Moffat & Bill Wells, The Cribs, The Fall and British Sea Power. Having them play here and absolutely love the city is priceless!

At what point during the year do you start work on assembling the line-up?

We start thinking in October, so about nine months beforehand. The bookings begin around December. Because we try to punch above our weight, we often have to wait to see if the bands are playing the big festivals that take place around us – like Field Day. So our control is limited, but we’ve never had to compromise, so far.

What are the biggest challenges you face each year?

The biggest challenge over the years has been a complete disregard from the city as a whole – by which I mean local business and potential partners. You’d think that if I approached a restaurant and mentioned that my festival would be bringing 3,500 to the city and they’d all need somewhere to eat that they’d want to work with us. The economic depression has meant this businesses have struggled, so I don’t ask for money. It’s as simple as – ‘feed one of my bands and I’ll promote you in the program’. They refuse to do it. I offered one business a free page in the programme this year but they reckoned they didn’t have time to design it. This was two months before the festival.

So I despair that though Wakefield has become a really great cultural destination over the last five years, the rest of the city isn’t catching up. There’s still a huge battle ahead.

How easy / difficult has the whole process of setting up the festival been? Is it getting easier now you’re in the 5th year?

Because of the above, I can’t say it’s got easier. The actual organisational element has. We know what we’re doing. Marketing and funding are still very difficult. None of us get paid. We are a team of three doing it in our spare time. It’s frustrating that such a weak infrastructure is responsible for such a great thing. It could so easily break and I think the local authority should be helping a lot more.

What’s the overall criteria by which you chose artists to perform at LD?

We’re looking for A DIY attitude basically. Bands that are true artists. Not in it for money or fame. Bands that tell a story, that are honest and hardworking.

The festival attracts big names, such as Ash and British Sea Power this year, as well as a plethora of local bands from Wakefield and surrounding areas. How do you ultimately decide who to book?

When we started, me and my co-programmer were both programming venues in the city. Now we work together in the largest one, Unity Works. So we’re pretty connected locally. We like to give the bands that have been pushing themselves forward in the last 12 months the big opportunities.
In terms of headliners, we just draw up a stupidly ambitious wish list and see how it goes! We’ve got our brand down as true Indie / DIY artists and we lead from that, rather than a genre.

Would you say you have a target demographic or is there stuff at the festival that everyone will be able to enjoy?

As I say above, there is this hardcore music element to it. People who buy Vinyl, who listen to BBC6 Music. But on another level, there is loads to enjoy because we use such great venues. It’s fun to drink good ale in the sunshine and wander around a city centre discovering things. So that urge to see and hear new things is the only requirement for a good time.

The live recording of an album on the Sunday of the festival is an intriguing concept. How did this come about?

I had the idea when I was in the old Drury Lane Library, which was abandoned at the time. I just thought, what a great venue this could be. So we signed it up as a venue in 2013 and I then thought up this live album concept too. A live performance in the round, whilst the audience listen to the mix live on a wireless headset. There is an amazing studio in Leeds called Greenmount Studios who are our friends. They use reel to reel tape machines and I just thought, how cool would that look in an abandoned library?

This year is our third recording. It’s a great way for a local band to record an album they can then sell, and it’s always my highlight of a Long Division, probably because it’s at the end and it means I can finally have a pint or two!