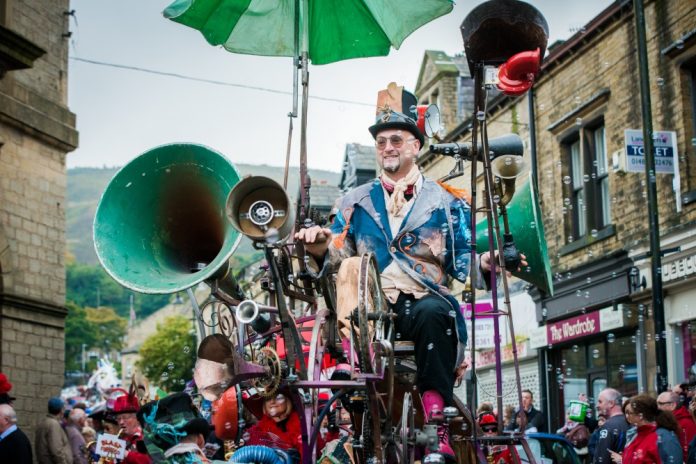 Over 130 hours of live music was heard at 26 venues in Marsden 9-11th October, including performances by legendary saxophonist Jean Toussaint, New Orleans-based clarinettist Evan Christopher, and ‘Jazz Instrumentalist of the Year’ Arun Ghosh.

The festival, which is supported by Kirklees Council and Arts Council England, will celebrate its 25th year in 2016 and beat competition from Bingley Music Live, The Willowman Festival, Whitby’s Musicport and Bradford Pride to win the Grassroots award.

Festival Producer Barney Stevenson said: “We’ve had loads people saying this year’s festival was the best yet so it’s been absolutely fantastic to win the Yorkshire Gig Guide Grassroots award on top of that.

“I think what makes the Marsden Jazz Festival such a great experience is that there’s so much variety. It doesn’t matter if you’re a die-hard jazz fan or are just looking for a fun day out with your family – we’ve got something for everyone.

“Many of the headline gigs at the festival sold out this year and the free gigs in the pubs, clubs and cafes had a fantastic atmosphere. We also had over ten hours of live music performed by local youth groups in the bandstand in Marsden Park, and the Saturday parade was a real spectacle.

“I think it’s that great mix of events that impresses people when they visit the festival and obviously impressed the judges as well. Hopefully we’ll be able to put on something even better for our 25th festival.”

The headline performances at this year’s Marsden Jazz Festival took place at the 19th century Mechanics Hall with other venues including 13 pubs, clubs and bars, three outdoor stages, two cafes and one former cowshed.

Festival goers were also encouraged to make their own flamboyant kazoos at workshops in the run-up to the festival and then join in with the Saturday parade.

Over 170 people took up the challenge and joined the parade with Cumbrian street band BLAST Furness. Two moving scrap metal sculptures – the Hurly Burly and the Beast – also wowed the crowds.