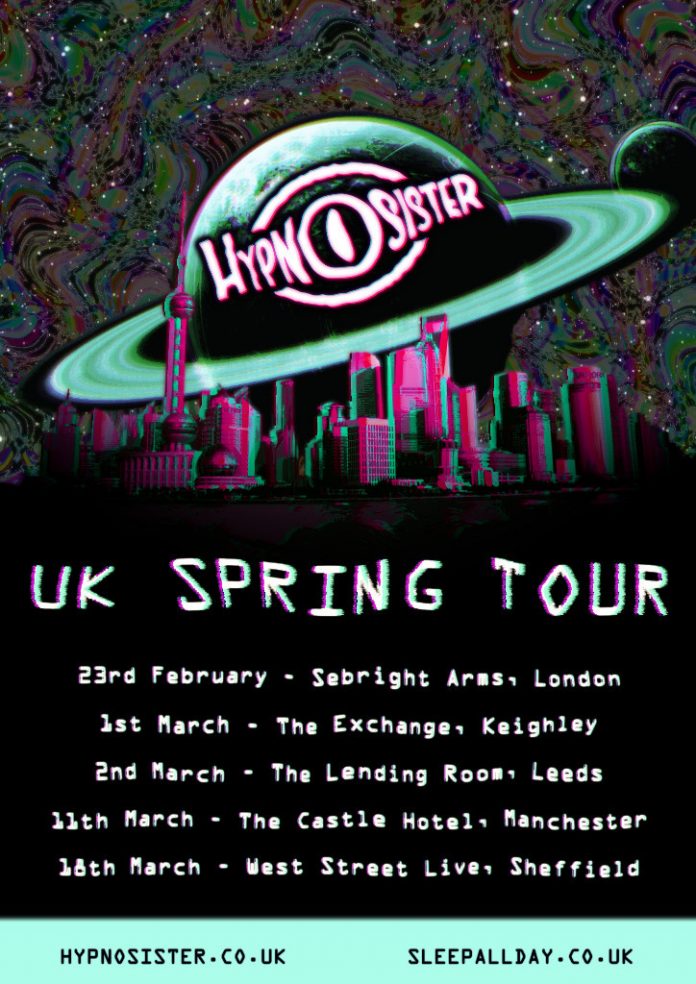 Following the release of two critically acclaimed singles last year, Ex-Allusondrugs guitarist Damian Hughes has announced a run of show for his space-rock project Hypnosister alongside the release of new track ‘Ghost’.

Ghost combines the huge rock choruses of Nirvana, the spooky, organ laden darkness of The Doors and the circusesque mania of Cardiacs, offering a look into the more atmospheric yet irratic part of the Hypnosister brain. Ghost is out on Wednesday 10th January on Sleep All Day Music.

“Ghost is about depression, it comes and takes hold of of, twisting our thoughts and debilitating our bodies. You become so detached it’s like you’re watching yourself on the TV.” says Hughes. “You have to figure out how your mind works and learn see the ghost coming so you can defend yourself against it”.

Catch Hypnosister at one of the following shows across the UK: