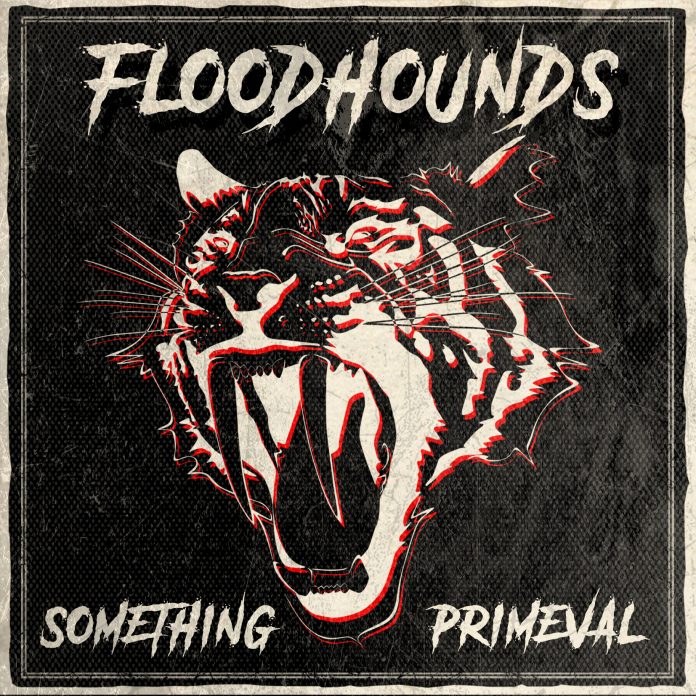 It’s been a while since I’ve reviewed a release from FloodHounds, so news of an upcoming single was something of a happy time here in LSF Towers.

‘Something Primeval’ is primeval. It does, as you’d expect, that FloodHounds alt-rock/bluesy thing but it’s heavy and rawer, it’s darker and swampy sounding. The guitar is strident, the drums beat furiously. It’s wonderfully free of frills, it’s just heads down and do it. This is just going to be a blast live.

The band say that the song ‘explores the idea of our innate primeval instinct and if it helps or hinders you in these modern times’. Look, the words of this thing are just something you need to hear for yourself, they rock. They’re full of outrageous rhyming couplets. That’s a huge smile inducing thing right there.

Weirdly, or perhaps not weirdly at all, there’s something in this that reminds me of Roky Erickson’s solo stuff. It’s somewhat more sophisticated but there’s something in that raw earthy beat that does that for me. Look, go Google, Roky’s stuff is cool. Sorry, that was a bit of a strange tangent to go off in but the thought occurred and I just had to share it with you. The point is that ‘Something Primeval’ connects with you somewhere deep musically just like Roky’s music does.

This song is just what we all need right now. This is a riot, it leaves you with a huge smile on your face. It has you up on your feet in seconds, rocking out. Get to it.

Sorry – just a personal message to the band. Please, pretty please, could you release more songs like this!

Just like ‘Out Of Time‘, FloodHounds recorded this track with Thomas Mitchener (producer of Frank Carter & The Rattlesnakes, Strange Bones, Kid Kapichi). They say, ‘We wanted to make something darker and heavier than our previous tunes, mostly ‘cause it’s just fun as hell to play live.

‘The upcoming video was shot in Sheffield’s historic Bear Pit, which is a crazy location, a medieval hole in the ground where they used to house fighting bears’.