‘Slo-Mo-Tion’, ‘We’re from America’ and ‘Cupid Carries a Gun’. Never heard of them have you? The moaners are bound to say he’s not been good since (insert one of his 90s albums). I did recently go back to ‘Mechanical Animals’ and studied the compositions and I thought, “Where the hell did they get their inspiration from?”. The loops and tunes are so offbeat, so weird. However, the fundamental thing these whiners don’t understand is that people change, culture changes. If an artist had to keep breaking the same old ground they’d blow their brains out!

Admittedly there have been peaks and dips with the band. The band member timeline is psychedelic. Manson himself has not only fought with his fellow musicians but himself as well. His chest is covered in self harm scars and he once even penned a suicide note. Then he found a muse, and possibly salvation, in the shapely burlesque dancer Dita Von Teese. When Manson falls in love he seems to do so with no restrictions. A new crowd of curious onlookers then arrived, but these dedicated followers of fashion started to leave him when Von Teese signed the divorce papers.

Later the band produced two strong albums ‘High End of Low’ and ‘Born Villain’ but the music enthusiasts were transﬁxed on some other sparkly new thing. They’re by no means perfect albums but for a musician so far into his career to pull those out of the bag, credit is due. ‘Low’ ﬁnishes with the soaring and melancholic track ’15’, while ‘Villain’ features an almost Frank Zappa like narration especially on ‘The Gardener’. Also of note is the random and peculiar Mr Oizo collaboration for the soundtrack of Wrong Cops. Check it out.

‘The Pale Emperor’ is a tricky one. Manson has always had fantastic videos, consistently keeping unofﬁcial competitor, Rob Zombie, a speck in his rear view mirror. Sadly the promos from ‘Emperor’ are weak. Gradually over the years I discovered Marilyn was inspired by ﬁlmmakers such as Alejandro Jodorowsky and Kenneth Anger. The conceptual ‘Wow’ video from ‘High End of Low’ is a great melding of Anger’s film ‘Puce Moment’ and the famous Black Dahlia murder case. It is completely different to anything before. I kind of wish it was the same with the videos on ‘Emperor’. They are a tad strained. I don’t like to blame budget. It’s OK to have to struggle and fight for what you want. It often brings out the best in a creative person. ‘Third Day of a Seven Day Binge’ suffers from super HD, it lacks that lovely filmic quality. But as Manson struts and claps I forgot about that and let the track take over me.

So what about the music? You can imagine the 2015 album was written for a guy with an acoustic guitar; they’re like blacker Johnny Cash ballads. We’re talking guttural drawls of agony; there’s soul searching here, but it’s not a shocking album because there is no need to be controversial for the sake of it. Yes, he’s been inflammatory all his career, but unlike Cradle of Filth, there is more going on behind the curtain. On ‘Emperor’ he’s made a mature decision to do the music and leave the flipped middle finger for the tour and press calls.

Tyler Bates’ production feels like a band member in its self rather than something to underline the lead singer’s ideas. His film score training is very evident and the perfect fusion of this is on ‘Cupid Carries a Gun’ with its pounding and swinging swagger.

The consensus though is that Manson is back. So before you download the big new hyped album or go watch the even bigger hyped new movie, take a little time to listen to ‘The Pale Emperor’. 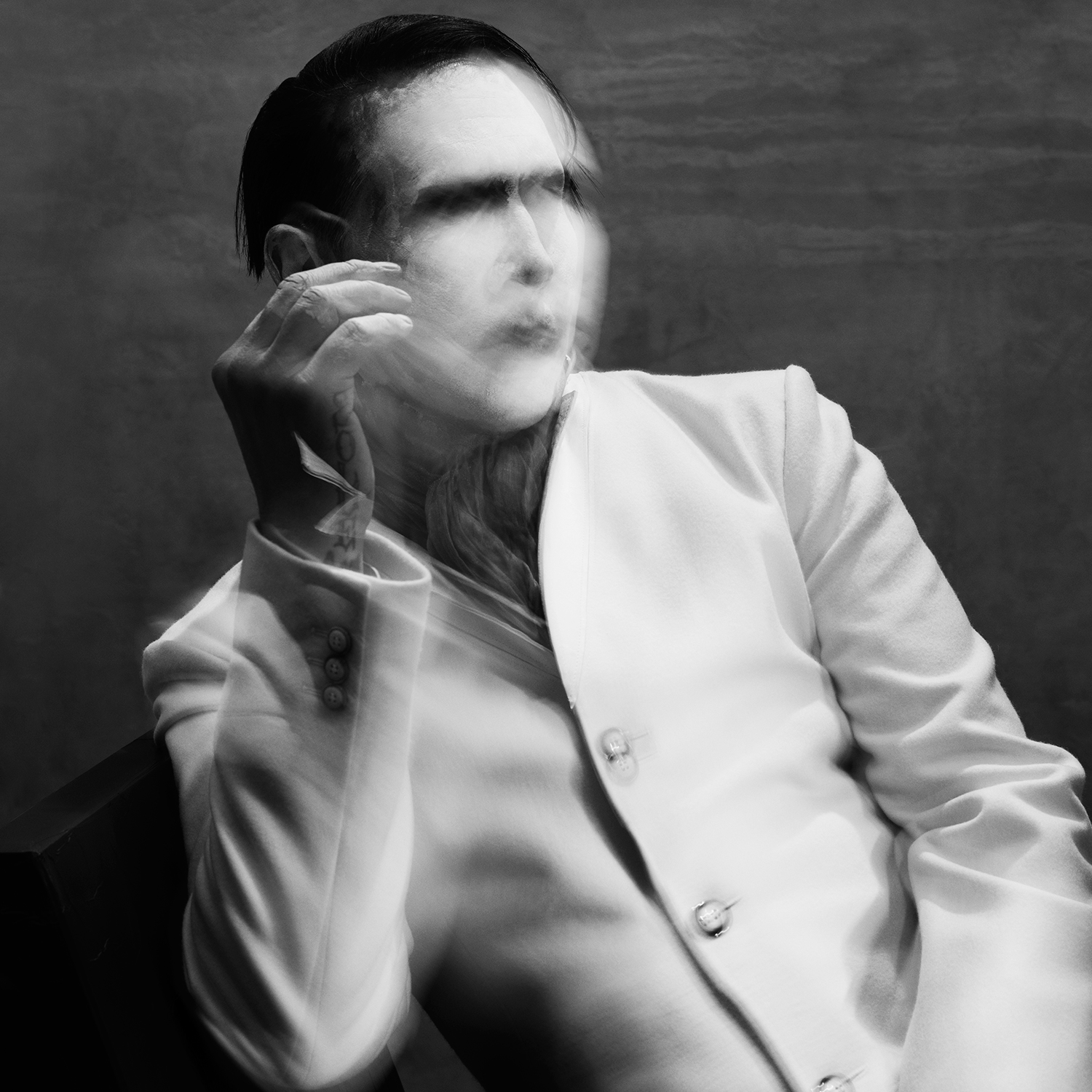